JONESBORO, Ark. – COVID-19 cases in Arkansas have been declining, but people are still feeling the effects of the pandemic.

Arkansas State University junior, Shannon Johnson of Batesville, was exposed to coronavirus last year. Although research from the Centers for Disease Control and Prevention (CDC) suggests it can take up to two weeks after exposure to feel any symptoms, Johnson said she felt symptoms the day after being exposed and decided to get tested. It was positive.

“Around Jan. 22, I started being unable to breathe properly,” Johnson said. “And so, I had to go back to the doctor, and they were like, ‘so COVID has affected your lungs a little bit in the aftermath, so you’re going to have to start carrying around an inhaler.’”

“And so, I had to go back to the doctor, and they were like, ‘so COVID has affected your lungs a little bit in the aftermath, so you’re going to have to start carrying around an inhaler.’”

Johnson said she had perfectly good lungs before being infected with coronavirus and never had to use an inhaler. As a music major, the ailment makes it difficult for her to play her favorite instrument, the saxophone.

Johnson’s goal is to become an elementary music teacher but hopes her struggles with post COVID symptoms won’t interfere with her goals. Johnson’s parents, Ben and Tina Johnson, said they were proud of how well their daughter has adjusted after having the coronavirus.

“We raised her to face her challenges [and] step up and do what you’ve got to do,” her father said. “I realize it’s been tough on her, but she’s been handling it.”

“I realize it’s been tough on her, but she’s been handling it.” – Ben Johnson (Shannon’s father)

According to Johnson, the medical professional she saw told her that nothing looks physically wrong with her lungs. They didn’t give her a time frame describing how long her symptoms could last. They only told her it would take time to feel normal again.

“The doctor said, ‘you need to work your lungs back [to normal]. They might not come back to what they used to be, but there’s a possibility that they will,’” Johnson said. “It’s like 50/50 is what they told me.”

Gavin Lesnick, public information director for the Arkansas Department of Health, said it was unknown why some people with no preexisting conditions may suffer from long-term symptoms of COVID-19.

“Some young people may have medical conditions that make them more susceptible to COVID-19 complications,” Lesnick said. “In general, we find that severe COVID-19 cases are less likely in younger people than in older people.”

Johnson’s parents said Johnson is covered by Trustmark health insurance provided by her mother’s workplace, White River Medical Center. According to Johnson’s parents, the insurance covered all of her medical expenses up to the deductible. Johnson will be able to stay on this insurance plan until she is 27.

Although the symptoms took a hard toll on Johnson, she said the hardest part about having coronavirus was having to miss her family during Christmas. 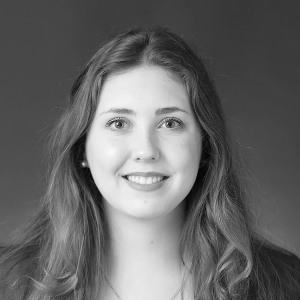 Courtney Edwards is a multimedia journalism senior in The School of Media and Journalism at Arkansas State University. She can be reached at courtney.edwards@smail.astate.edu.