Of about 254 million tons of solid waste generated in the United States every year, 34% gets recycled, according to the Environmental Protection Agency; on average, Arkansas recycles about 45% of waste produced.

In many regions, third-party companies chiefly manage recycling. For Jonesboro, the Sanitation Department handles all curbside garbage and recycling, according to Cindy Schweitzer, supervisor of Jonesboro Sanitation.

“We take garbage and recycling cans,” Schweitzer said. “Trash goes to Legacy Landfill to be buried that day, and recycling goes to Abilities Unlimited to be sorted.”

Both companies work directly with Jonesboro Sanitation — and other cities in the county — to ensure proper management of waste. 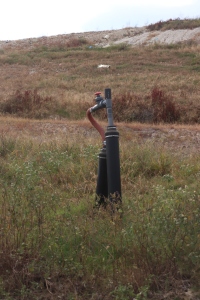 Any recycling brought to the Abilities Unlimited Recycling Center goes through a sorting process to separate different materials, which are then packaged for shipment.

Other companies can buy the raw recycled products to make new products while using less energy and producing less waste.

Items that can be recycled include plastic bottles and containers, metals, cardboard and newspaper. Glass can not be placed in cans or dumpsters, but can be brought directly to the Abilities Unlimited Recycling Center.

Legacy Landfill, the only landfill in Craighead County, also promotes recycling. Old or broken electronics are stripped of recyclable materials, and tires are collected for repurposing as well.

“We give about $2,000 dollars each month to local schools for recycling,” Sparks said.

Even with these efforts toward recycling, the Jonesboro Sanitation Department pays over $1 million in fees involving disposing of waste at the landfill. Schweitzer said if more people utilized recycling as a form of waste disposal, this amount “would be cut down remarkably.”

Two years ago, the Jonesboro Sanitation Department switched from blue bag recycling to a can recycling system. The blue recycling cans get picked up on a schedule like grey garbage cans, usually every other week.

The problem, Schweitzer said, lies with the separation of trash and recycling. While the department sees more participation from the curbside can pickup, apartment complexes face issues with residents treating the blue recycling dumpsters as garbage dumpsters.

Superintendent of the Jonesboro Sanitation Department Donny Gibson said less people participated in recycling after the switch to cans.

“It’s not up to what it used to be when we first started,” he said. When the city first started offering recycling services, about one-third of the Sanitation Department’s 30,000 customers recycled. “We’re at about 8,000 now,” Gibson said.

Schweitzer said they require all trash to be inside the container for curbside pickup. “If there’s a house with a lot of loose trash,” she said, “we do suggest to them start recycling. Those bottles take up a lot of room, you don’t realize it until you don’t have them anymore.”

“In my household,” he said, “we bought a recycle container and my trash service has gone down by two-thirds.”